Julian Beever (born c. 1959) is a British sidewalk chalk artist who has been creating trompe l’oeil (optical illusion) chalk drawings on pavement surfaces since the mid-1990s.

He uses a projection technique called anamorphosis to create the illusion of three dimensions when viewed from the correct angle. He preserves his work in photographs, often positioning a person within the image as if they were interacting with the scene. 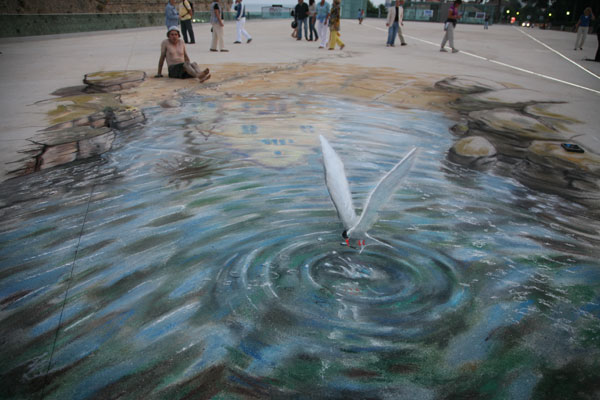 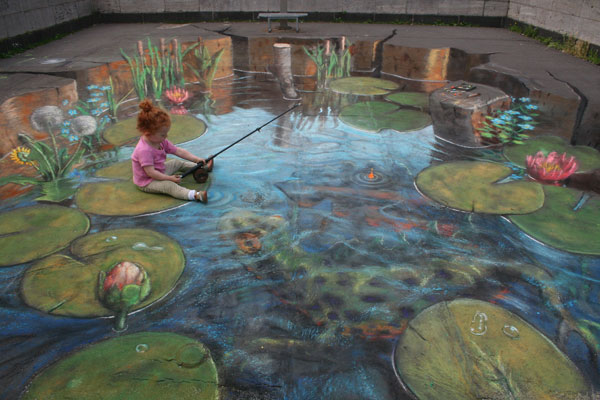 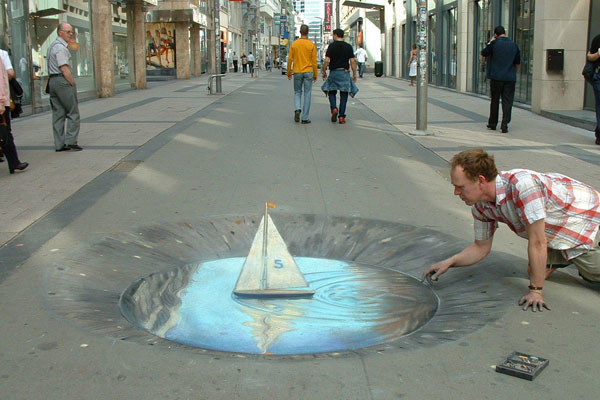 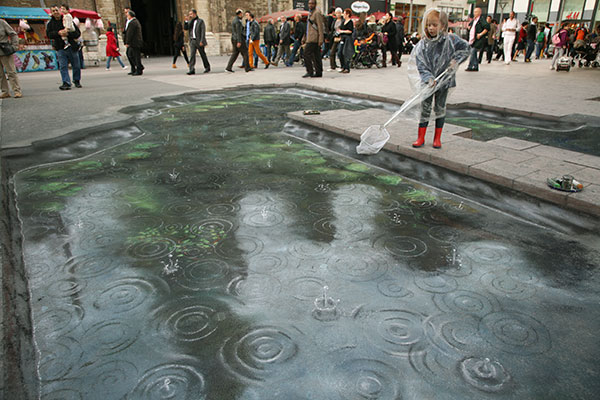 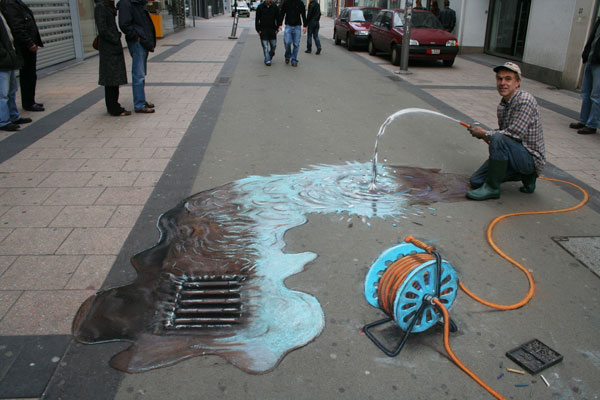 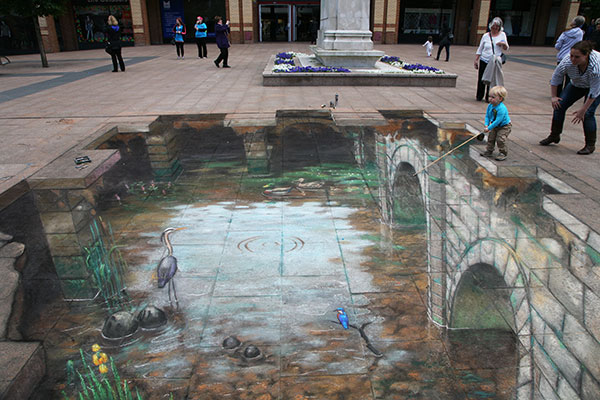 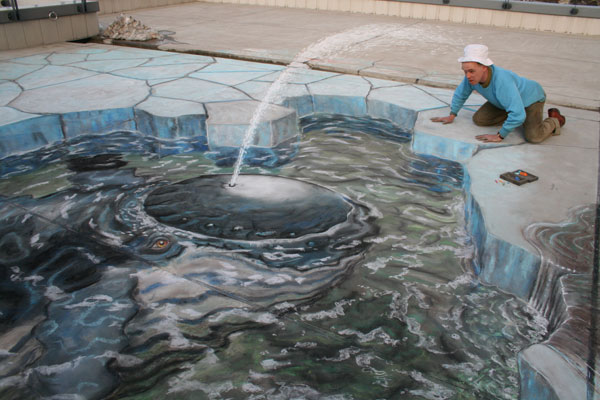 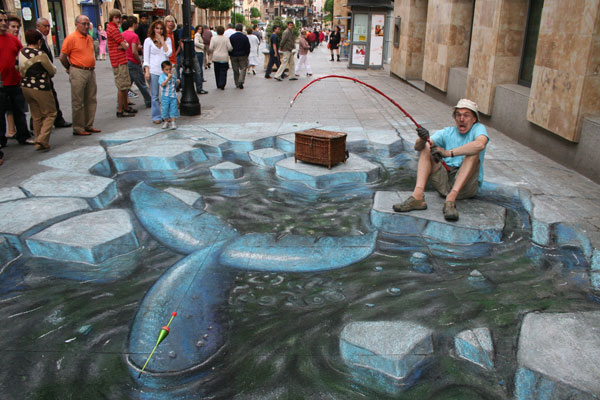 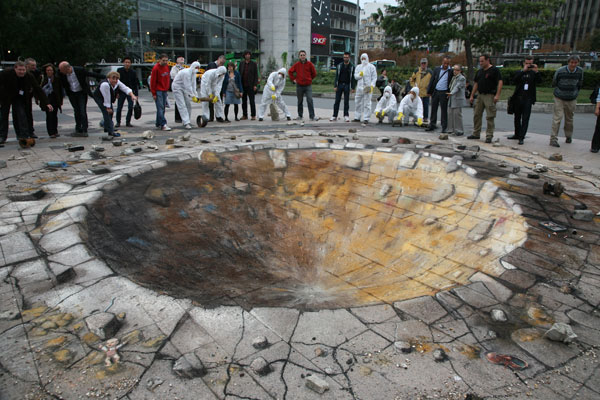 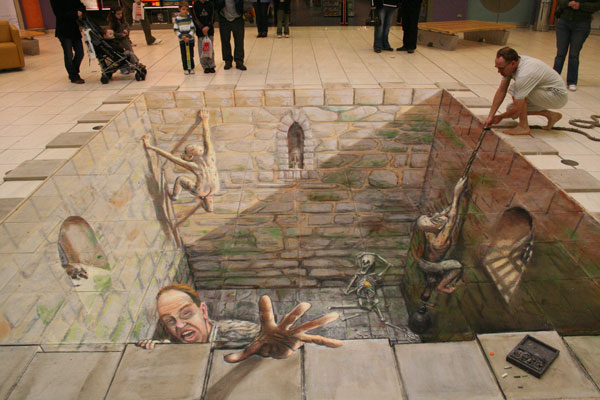 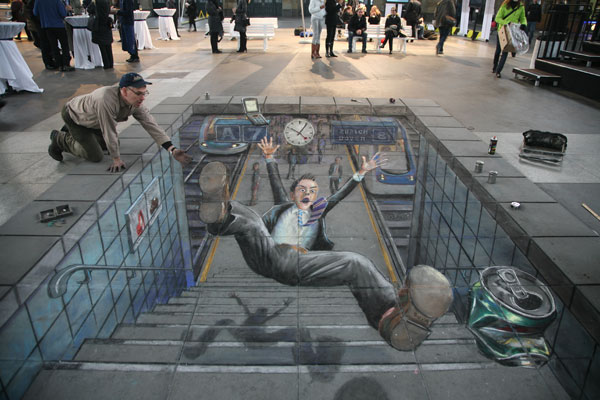 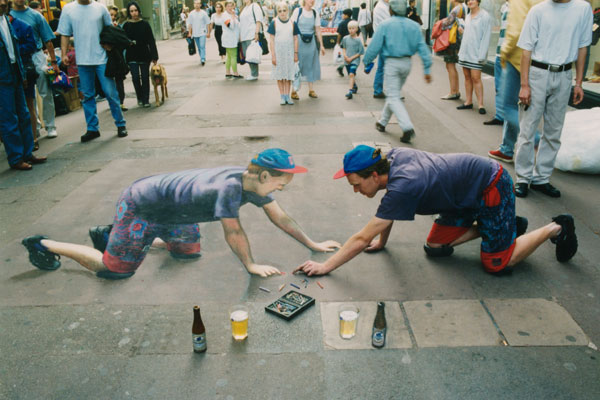 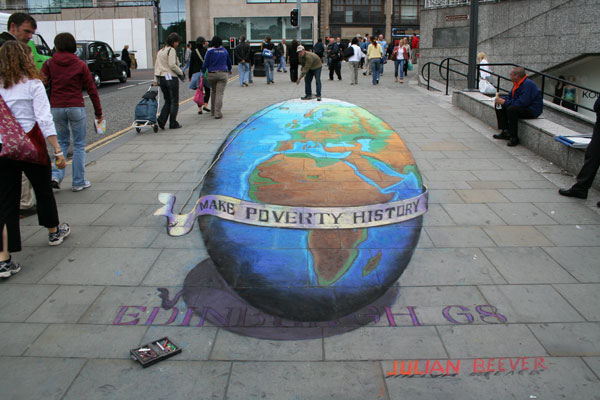 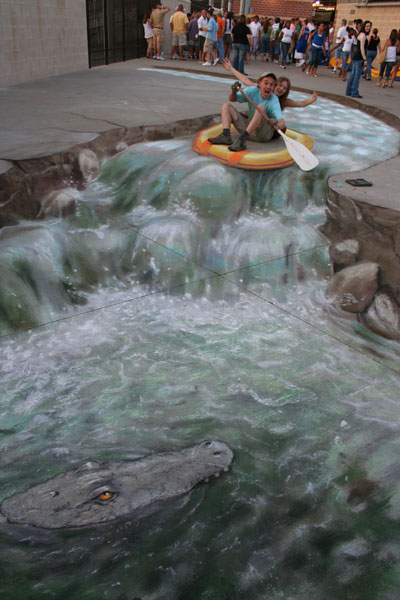 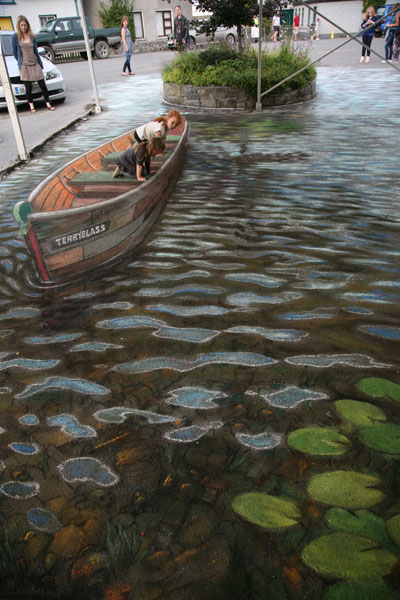 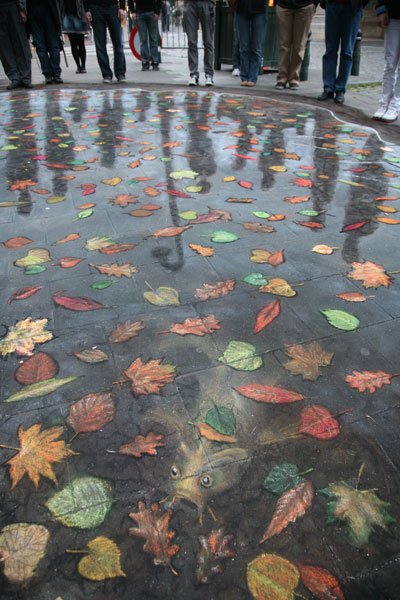